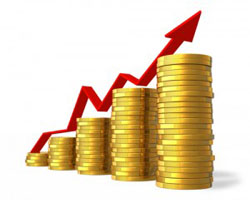 What if I told you that by spending just 15 minutes installing a few plugins and tweaking a few images on your WordPress based site, I could almost guarantee that you’d see an increase in your revenue?

I’m Interested – But Why Should I Care about Page Speed?

Site speed is a topic that has been covered quite fervently since the release of the PageSpeed Insights application by Google. This obsession with page speed was further increased back in April 2010 when Matt Cutts announced that page speed is a ranking factor.

The Benefits of a Faster Site

Long gone are the days of dial-up and cripplingly slow browsing speeds. Most web-surfers now have access to high-speed broadband and with this increase in internet speed, the time to engage a user has dropped dramatically. The general consensus is that you have between 5-10 seconds to grab your users’ attention, if your site takes 5 seconds to load, you’re only leaving yourself with mere milliseconds before your user will lose interest and close your site, never to return!

Some of the world’s leading websites have published their research that shows that those milliseconds really add up!

By installing the following plugins you can substantially reduce your load times in comparison to the standard WordPress installation.

Start With the Basics

First test your site speed – Pingdom offers a free tool to check your website speed and gives you a visual breakdown of which site elements are taking the longest time to load.

As you can see without any speed enhancing plugins or tweaks, my site currently takes 5.33s to load. This is over the 5 second mark and leaves precious seconds for me to engage my users.

2. Reduce The Number Of Active Plugins
Over time you may find you’ve installed multiple plugins that you no-longer use. By uninstalling your old or unused plugins you’ll quickly see an increase in server speed.

3. Empty Your Pending & Spam Comments
It may not seem like a big deal, but WordPress stores most information within a MySQL database. By removing your spam comments, you’ll reduce server load and ultimately load times.

4. Optimise Your Database
If like myself, you’re not a master of MySQL, then there are a few plugins that can make the experience of database optimisation slightly less daunting. The WP-BDManager plugin lets you back-up, repair, restore and optimise your database. For those more comfortable with MySQL it also gives you the opportunity of running SQL queries from the plugin front-end.

5. Reduce Image Size
As we’ve all become accustomed to faster broadband speeds, this may not be an obvious tweak. But assuming you’ve only got one or two large images that need compressing, you may still find that you’ve reduced your page size by a sizeable amount.

There are a few hosts that specialise in WordPress hosting, WPEngine being amongst the highest rated within the SEO industry. Although their pricing structure is more than you’d pay for a standard shared host they only host WordPress sites, so if your site demands no down-time and you’re trying to squeeze that last 100ms off your page load times then they are the host to go with.

Are there any plugins or tweaks that you’ve recently implemented that have resulted in a substantial drop in load time? Please leave them in comments below.

1 reply to Running WordPress? Increase Your Revenue in Just 15 Minutes!