A couple of weeks ago Darren Hoyt (creator of the fantastic free Mimbo theme) announced he would be developing a paid version of the theme – called Mimbo Pro. Today he released a new post announcing that Mimbo Pro (pictured below) is in production and slated for release within the next four weeks. 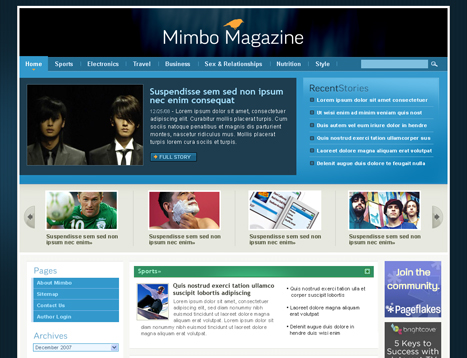 Unlike the free version it is said that Mimbo Pro has an emphasis on design polish, quality of content, some AJAX tricks and a few other exciting features. Based on the quality and success of Mimbo, I’m sure Mimbo Pro will be a top quality, highly featured theme and I’m really looking forward to checking it out and reviewing the theme when its released. You can read more about Mimbo Pro here.