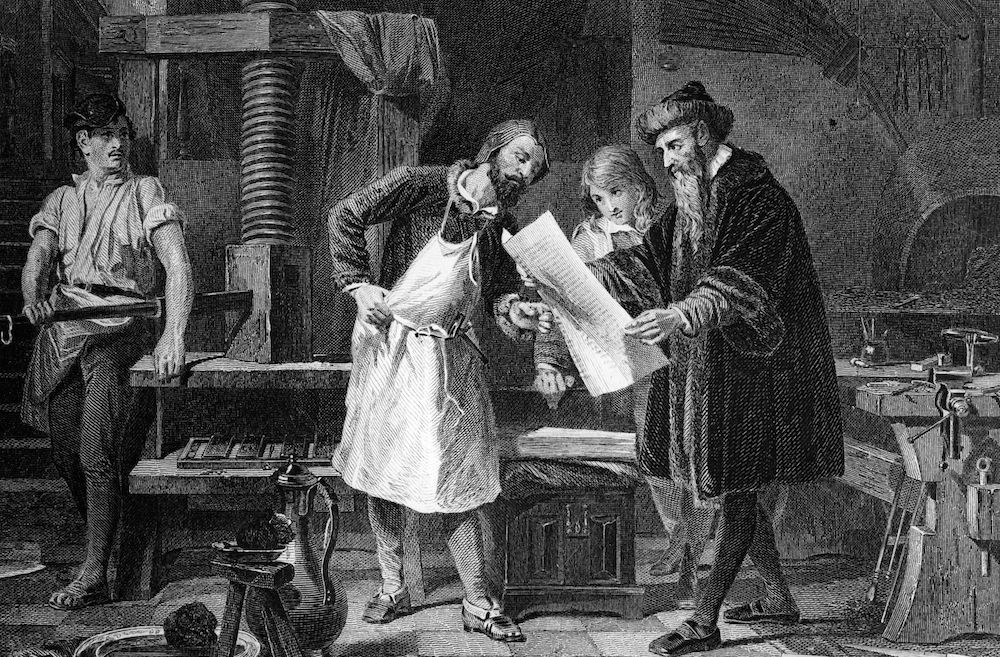 “Gutenberg” is the codename for the new WordPress editor scheduled for inclusion in WordPress 5.0. It aims to dramatically improve the post and page editor experience and make it easier for anyone to create rich post layouts. It will do this by embracing “blocks” to interact with and structure content. However, Gutenberg is much more than a refreshed editor. It is a comprehensive transformation of content creation and editing in WordPress both in terms of user interface design and structural approach.

A new editor that makes it easier to create beautiful and rich post layouts sounds like a great idea. While the current editor works quite okay it is getting a bit dated and falling behind the competition. Gutenberg is a much-needed response to modernize the editing experiencing in WordPress.

Gutenberg is currently in beta and available as a plugin in the WordPress plugin repository. If you haven’t tried it yet make sure you download it and try it for yourself to see what its all about.

There’s been a mixed response to the new Gutenberg editor so far. Some people love it and are exciting for the potential and where it will take WordPress. However there has also been widespread criticism and concern by users and developers alike about the direction of the new WordPress editor and what it means for the future of WordPress.

Some of the main concerns that have been raised about Gutenberg include:

Gutenberg is More Than a New Editor

In 2017 the focus for Gutenberg is an improved editor. However the new “block” based editor to ship in WordPress 5.0 is just the beginning. It is laying the foundation for much bigger things that will move WordPress forward as a platform but also fundamentally change WordPress as we know it today.

The FAQ section of the Gutenberg development hub on GitHub answers a lot of the common questions about the project, however the final question and answer gives you a glimpse of the ultimate goal of the Gutenberg project:

What features will be available at launch? What does the post-launch roadmap look like?

As part of the focus on the editor in 2017, a focus on customization and site building is next. From the kickoff post:

The customizer will help out the editor at first, then shift to bring those fundamental building blocks into something that could allow customization “outside of the box” of post_content, including sidebars and possibly even an entire theme.

So essentially with the editor we are laying the foundation for bigger things when it comes to page building and customization.

A lot of features are planned, too many to list. But a rough roadmap is: v1) post and page editor v2) page template editor, v3) site builder.

That is certainly a lot broader is scope than simply a redesigned editor. But why is Gutenberg going in this direction?

WordPress has experience incredible growth as it has transformed from a simple blogging platform into a powerful Content Management System (CMS). However it’s clear that Automattic, the parent company of WordPress.com, is deeply concerned about the increasing competition from the likes of Squarespace, Medium and Wix. With Gutenberg they are trying to keep moving WordPress forward by trying to address user frustrations with the current publishing and customizing experience, and transform WordPress into more of a site builder platform in order to compete with the competition and keep growing their market share.

Matt Mullenweg recently wrote a blog post titled “We Called it Gutenberg for a Reason” to address the widespread concerns being voiced about the direction of the new WordPress editor and what it means for the future of WordPress. It’s in interesting post and if you haven’t read it make sure you do. In the post he explains:

WordPress’s growth is impressive (28.5% and counting) but it’s not limitless — at least not in its current state. We have challenges (user frustrations with publishing and customizing, competition from site builders like Squarespace and Wix) and opportunities (the 157 million small businesses without sites, aka the next big market we should be serving). It’s time for WordPress’ next big thing, the thing that helps us deal with our challenges and opportunities. The thing that changes the world.

Gutenberg meets our challenges and opportunities head on while simultaneously benefitting everyone who makes a living working in the WP ecosystem. It’s about a lot more than just blocks. Our Gutenberg moves every part of the WordPress ecosystem forward.

Matt then goes on to outline how he believes Gutenberg will benefit every part of the WordPress ecosystem, highlighting the benefits for developers and agencies, plugin developers, theme developers, core developers, web hosts and users.

Regarding the “benefits” for theme developers he explains:

Theme developers won’t need to bundle tons of plugins or create their own page builders. There’ll be a standard, portable way to create rich layouts for posts and guide people through setup right in the interface, no 20-step tutorials or long videos needed. Every theme will be able to compete with multi-functional premium themes without locking users into a single theme or compromising their experience.

And the “benefits” for plugin developers he explains:

Plugin developers will have a way to completely integrate into every part of WP including posts, pages, CPTs, and sidebars without having to hack TinyMCE or squeeze their entire feature behind a toolbar button. Blocks provide a single, easy-to-learn entry point for an incredible variety of ways to extend WordPress, where today almost every plugin that really extends WP does it in a different way. Instead of copying and pasting shortcodes users will be able to easily insert and move around anything from a contact form to a store item. They’ll have different steps they can hook into instead of trying to stuff everything in meta boxes.

In the comments section of Matts “We Called it Gutenberg for a Reason” post someone asks:

Will Gutenberg function as a true WYSIWYG page builder, allowing users to craft visually-accurate page designs, similarly to how Wix or even existing Page Builders like Elementor and Beaver Builder do?

The first version will be a page and post builder, and then we will take the block concept to replace widgets, menus, and have themes that allow you to build entire sites.

As you can see the long-term goal of Gutenberg is to become a fully-fledged website building tool capable of building an entire website.

Should commercial theme and plugin developers be worried about Gutenberg?

So with all these new features and functionality planned for Gutenberg should premium WordPress theme and plugins developers be worried? It depends. For the developers of certain types of themes and plugins – maybe.

In the comments section of a recent post on WPTavern about what Gutenberg means for the future of WordPress, a number of people express their concern that with Gutenberg WordPress is trying to “compete” with commercial third party WordPress products such as premium themes and page builder plugins.

Matt Mullenweg’s response in the comments section of the post is possibly quite telling:

While it’s cool that all those builders you mention are out there, because they cost money they’re not accessible to the 99% of WordPress users that never buy an add-on. We’re trying to democratize publishing for everyone, regardless of language, ability, or economic wherewithal.

Some of those tools are excellent and have explored cool concepts and their adoption thus far, though modest, shows there’s demand for this in the WordPress community. So does people choosing things other than WordPress to build their site, though people seem to want to ignore external competition for some reason. (I imagine they had similar conversations at Blackberry.) What we’re doing with Gutenberg is more editor-focused today, but in the future will allow us to do full site and theme customization and building.

The entire history of WordPress is “competing with paid versions,” that is taking software and ideas that used to cost millions of dollars and making it better and making it free and making it GPL.

What does Gutenberg mean for premium theme and plugin developers?

That’s a difficult question to fully answer right now. Gutenberg is still in relatively early stages of development of its initial focus on just the editor. Many questions and concerns remain unanswered about the wider implications for themes and plugins. It’s still unclear how various existing WordPress features and functionality (meta boxes, custom post types, widgets etc.) will work with Gutenberg, and in fact what Gutenberg will actually become in future versions. A lot of change will still happen before it’s merged into WordPress, and the post launch roadmap is not well defined yet.

Overall there will be a lot of challenges as well as new opportunities for many premium theme and plugin developers. Particularly for those complex site builder type themes and page builder plugins.

Going forward new themes and plugins will need to be developed to fully support Gutenberg’s “blocks”.

If Gutenberg is not designed to be fully backward compatible many existing themes and plugins will need to be updated. Themes will need to support the new editor so those beautiful layouts you can create in the editor match what’s seen on the front end.

It could mean a lot of work for some developers to update their themes and plugins so they’re compatible with Gutenberg, or there will be a lot of broken websites and frustrated users.

I’m sure there are a lot of other implications also. I don’t have all the answers.

Just as Johannes Gutenberg’s invention of the printing press started a revolution that allowed for enormous worldwide changes to take place, the WordPress Gutenberg project is also going to be revolutionary for WordPress. It will have dramatic and wide-ranging impacts for WordPress users, and everyone who makes a living in the WordPress ecosystem.

What’s your opinion about Gutenberg? What impact and implications do you think Gutenberg will have for WordPress themes, plugins and the overall future of WordPress? Should premium theme and plugin developers be worried? Let us know in the comments section below.